Home » Survival Knowledge » Awareness » What Does the Acronym S.U.R.V.I.V.A.L. Mean?

In this ProSurvivalStrategies.com Guide, we will examine the United States Army’s meaning of survival and analyze the 8-letter acronym that may save your life.

The concept is not solely unique to the military. In fact, it can be applied in any environment or situation you may be faced with. 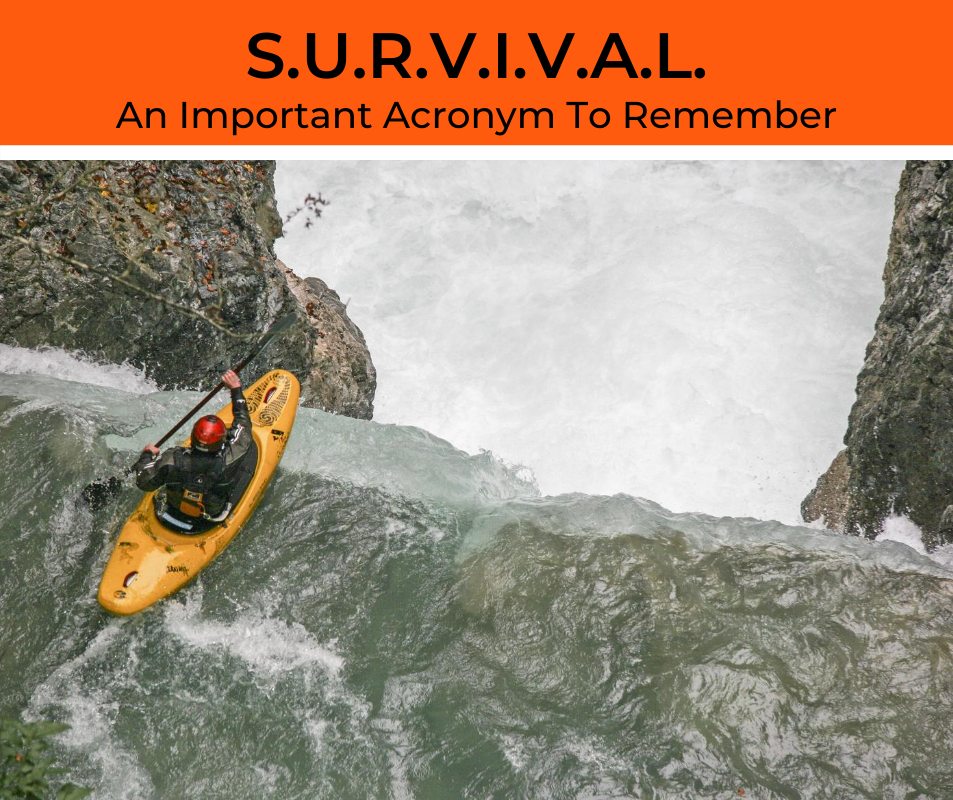 This acronym has saved hundreds if not thousands of lives.

“It is not the strongest of the species that survive, nor the most intelligent, but the one most responsive to change.” – Charles Darwin.

There are hundreds of survival guides on the market. Each takes its own approach on the topic, while others specialize in specific techniques from building shelter to purifying water. Of course these specializations are significant, but there are instances where an extremely broad overview is crucial to establish touchstone proficiency. The U.S. Army Survival Field Manual FM 3-05.70 exemplifies such a guide.

Survival is commonly defined as “the state of continuing to live or exist after a dangerous situation.” A more comprehensive and definitive analysis of S.U.R.V.I.V.A.L. is found in the United States Army Survival Field Manual, also known as FM 3-05.70. It was published in 2002 to replace the previous edition, FM 21-76 published in 1992. Although FM 3-05.70 was published 18 years ago, this 676 page manual is by no means archaic.

WE DON’T KNOW EVERYTHING

FM 3-05.70 was designed to provide an extensive and important doctrinal framework of principals, tactics and techniques, essential to inaugurate soldiers to threshold competency. The information is important because many recruits come from a variety of backgrounds and many have never been thrown into a life threatening situation. It’s a beginner’s learning tool for soldiers and civilians alike to embrace a survival mindset. Although sections of the manual are specific to the military, the majority is applicable to any civilian. If you never thought about “S.U.R.V.I.V.A.L.”, let’s get started!

In this Article, you will learn:

S - SIZE UP THE SITUATION 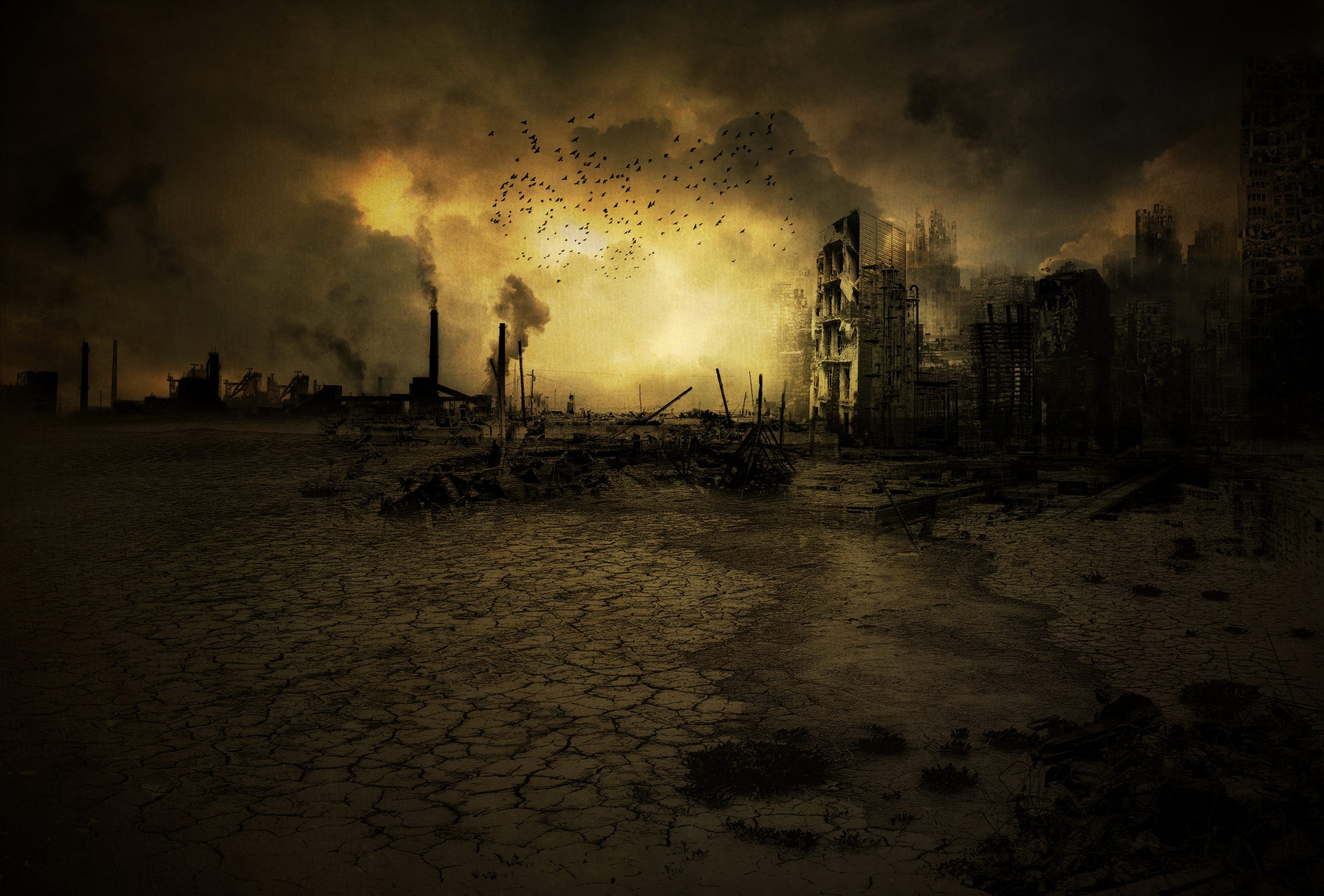 This letter is divided into three categories: size up your surroundings, size up your physical condition and size up your equipment. The analysis of each point helps you determine the level of threat posed, which helps you understand the situation and prepare your next move.

SIZE UP YOUR SURROUNDINGS 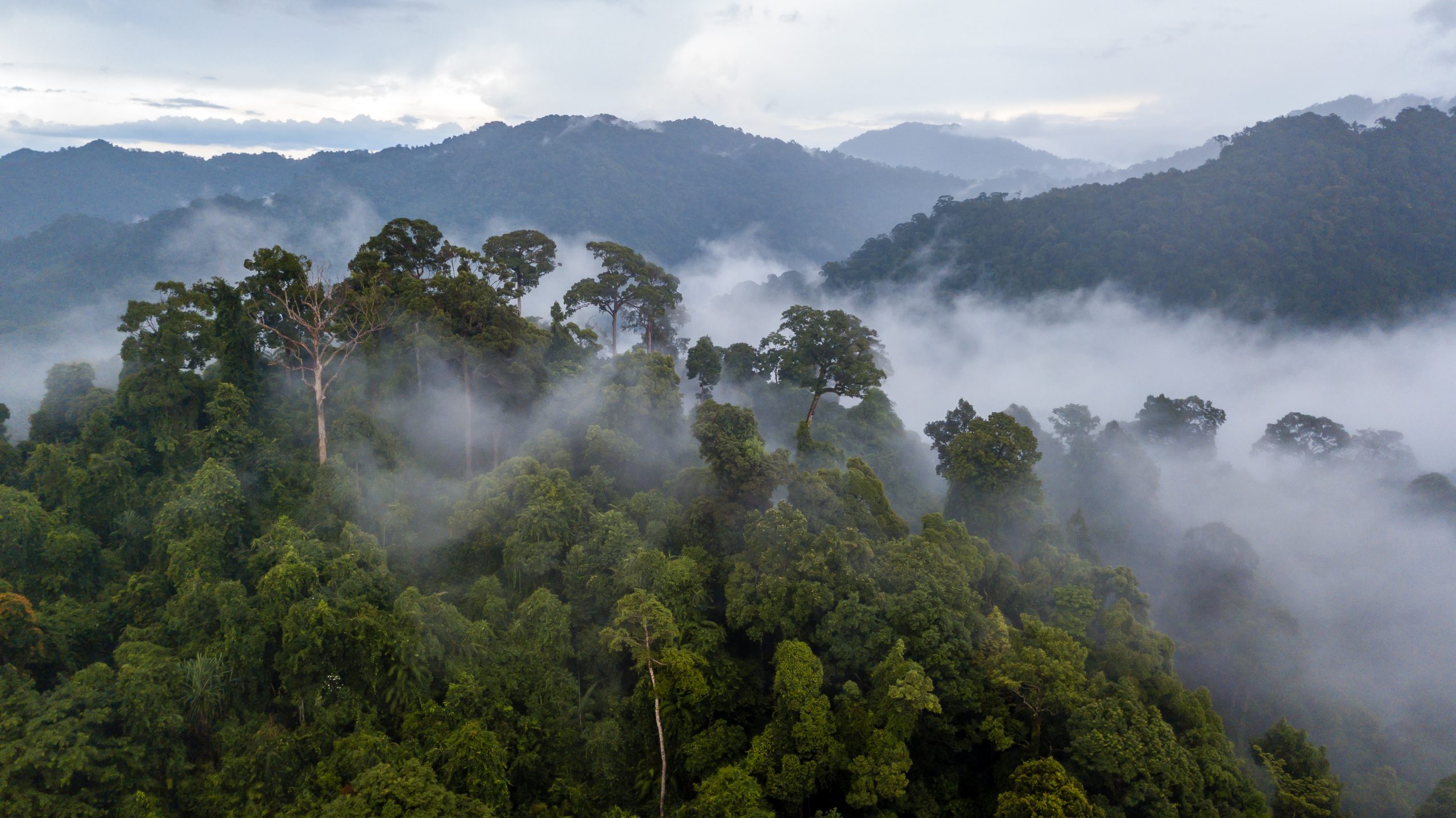 This refers to the type of environment you are faced with. It can be a beautiful forest with abundant food and water or a hot humid jungle teeming with disease, insects and predators. This may be compounded with aggressive enemy soldiers hunting you down or a tribe who considers you lunch. No matter the environment, you must be rational, ready and realistic to respond.

SIZE UP YOUR PHYSICAL CONDITION 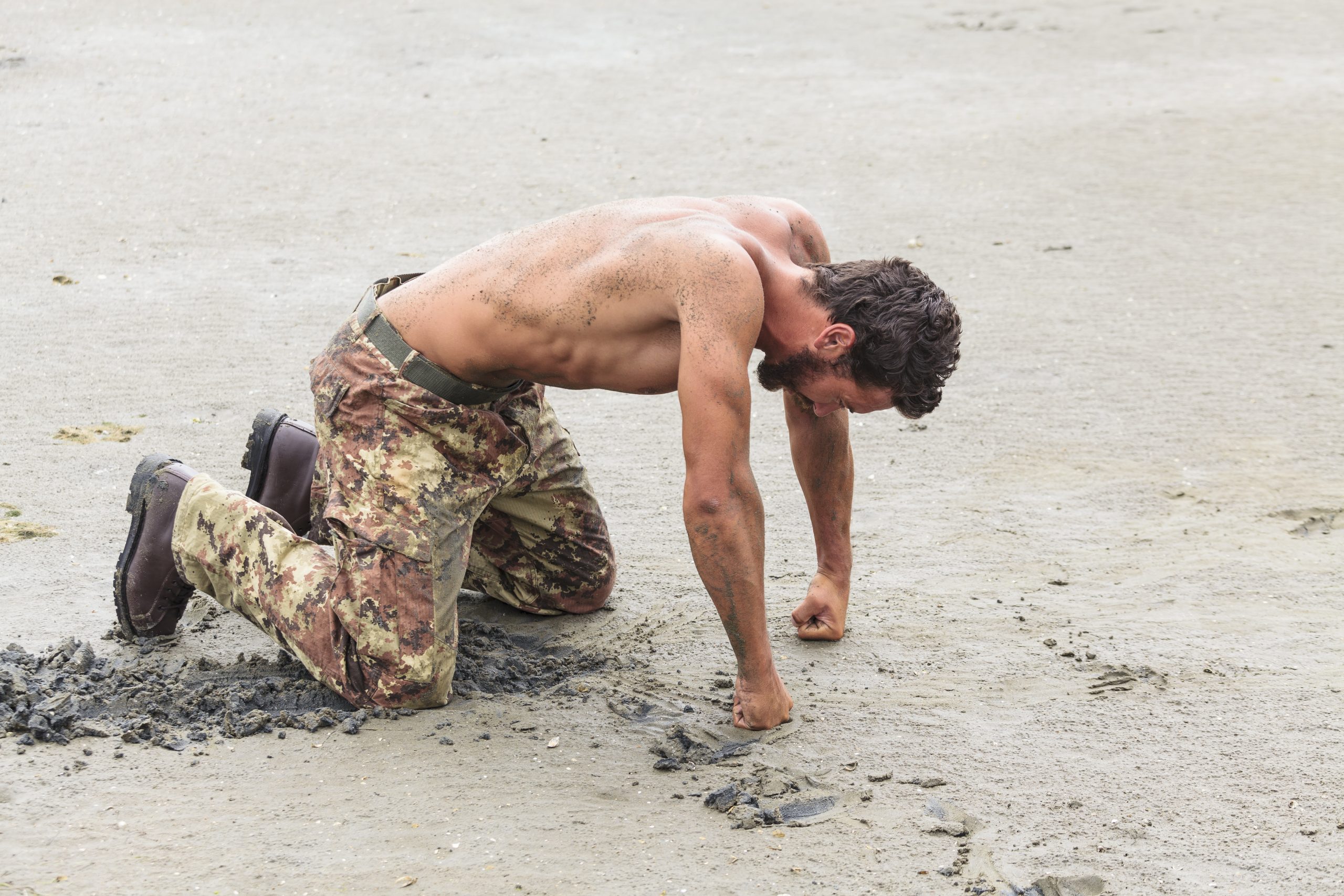 This takes on a new meaning in a survival scenario. Any survival situation will put you under pressure both physically and mentally. You will have to overcome some or all of the following: pain, illness, injury, hunger, sleep deprivation, fatigue, isolation and depression. The most crucial ingredient in any survival situation is the mental attitude of the individual(s) involved. Yes, having survival skills and equipment is important but having the will to survive is of the utmost importance. The will to survive is the refusal to give up.

SIZE UP YOUR EQUIPMENT 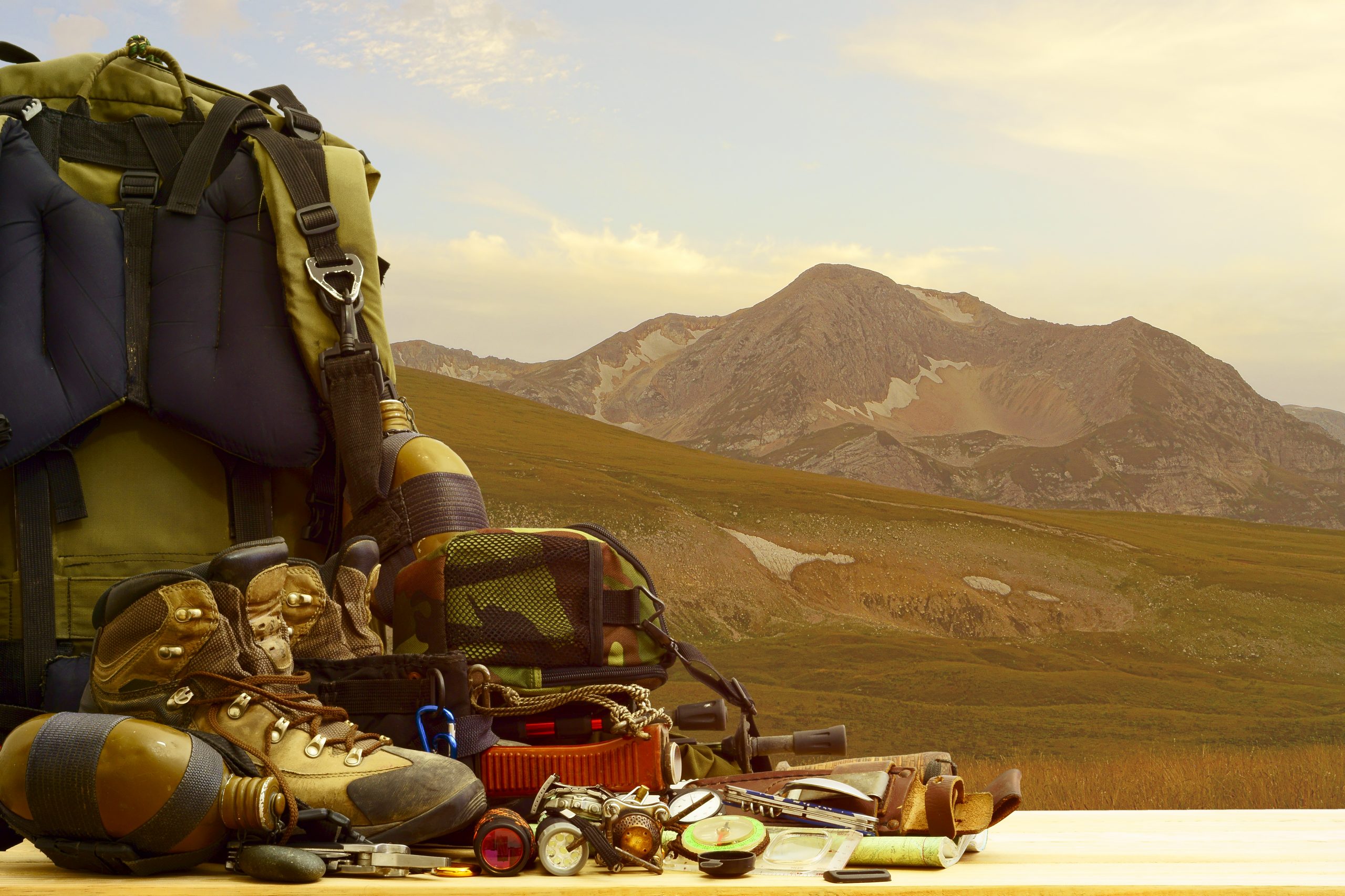 In the heat of a survival situation, you may have lost or damaged all or some of your equipment. It is important to see what equipment you have and the condition it is in. We have all heard the expression “one man’s junk is another man’s treasure”. In a survival situation, even junk is valuable once you begin to think “outside the box”.

U - USE ALL YOUR SENSES / UNDUE HASTE MAKES WASTE 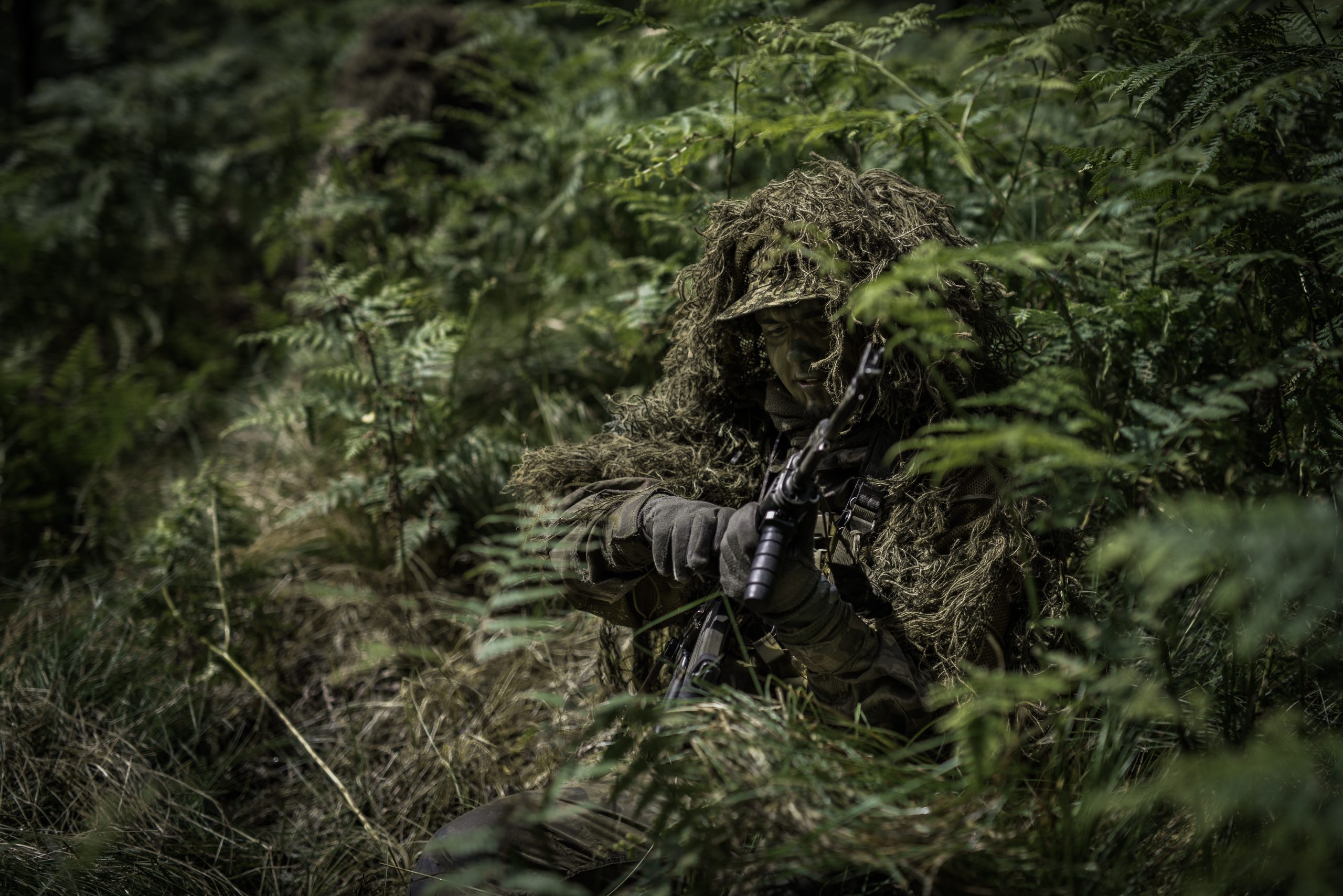 Use all your senses

This is broken down into two categories. The first states the importance of observation using your senses (sight, sound, touch and smell) to your advantage. Every environment has a distinct characteristic. Watch and listen to your environment to detect the presence of threats or opportunities to survive. For example, soldiers remain silent in woodland environments to detect enemy movement (i.e. branches or twigs snapping, rustling of bushes).

The second part is priceless. Try to keep your head about you. Refrain from acting too quickly without thinking or planning. A wrong move can lead to devastating consequences. Don’t just move for the sake of action or sit around without a plan. If you act without thought, you may forget or lose some of your equipment, become disoriented and lose all sense of direction. Plan your moves without endangering yourself.

R - REMEMBER WHERE YOU ARE 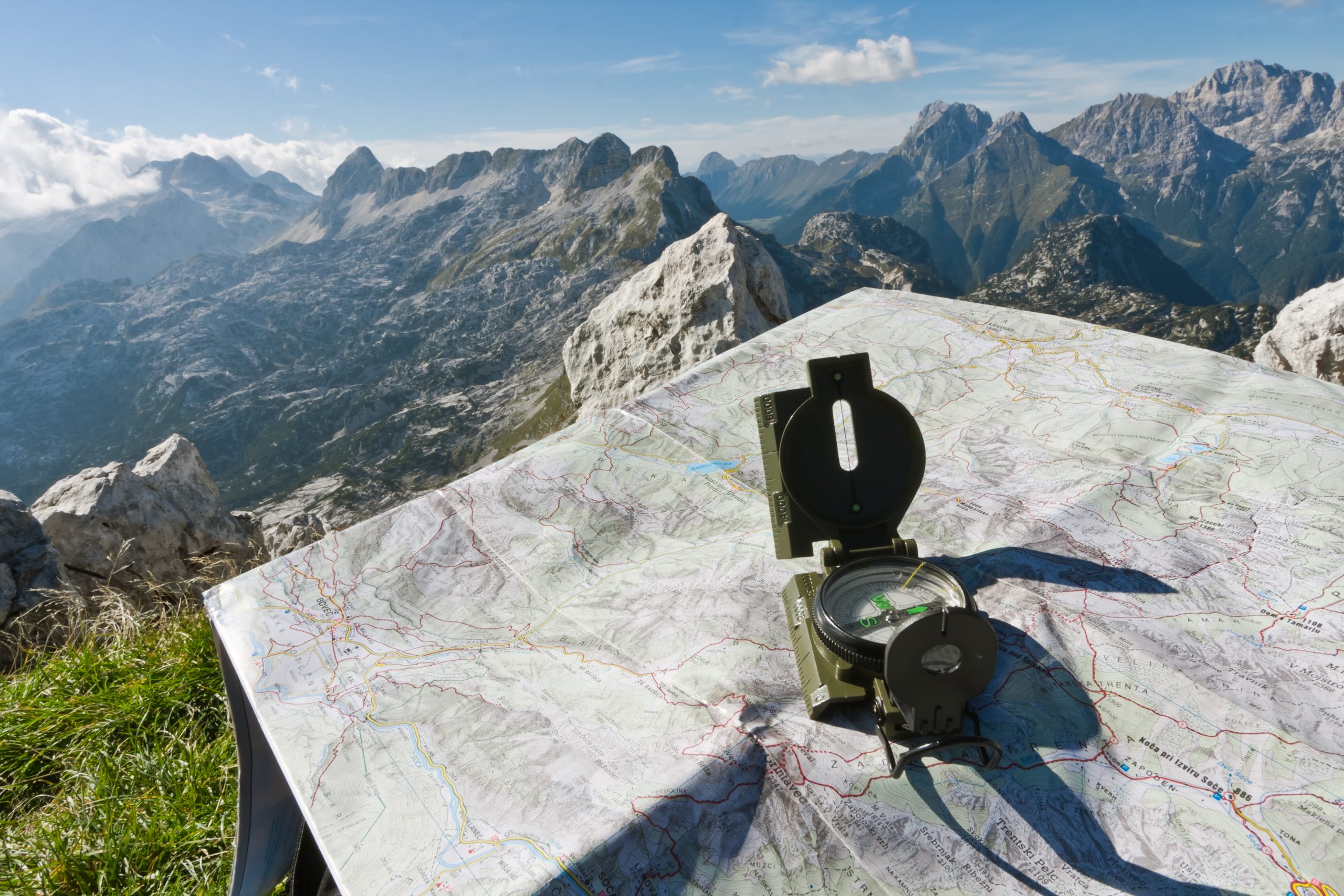 This means more than just the obvious because the last thing going through your mind should not be “am I going in the right direction.” Learn how to read a map and compass and acquire basic land navigation skills. In the alternative, carry a reliable handheld GPS. Determine your location and plot a course safely avoiding hazardous terrain. 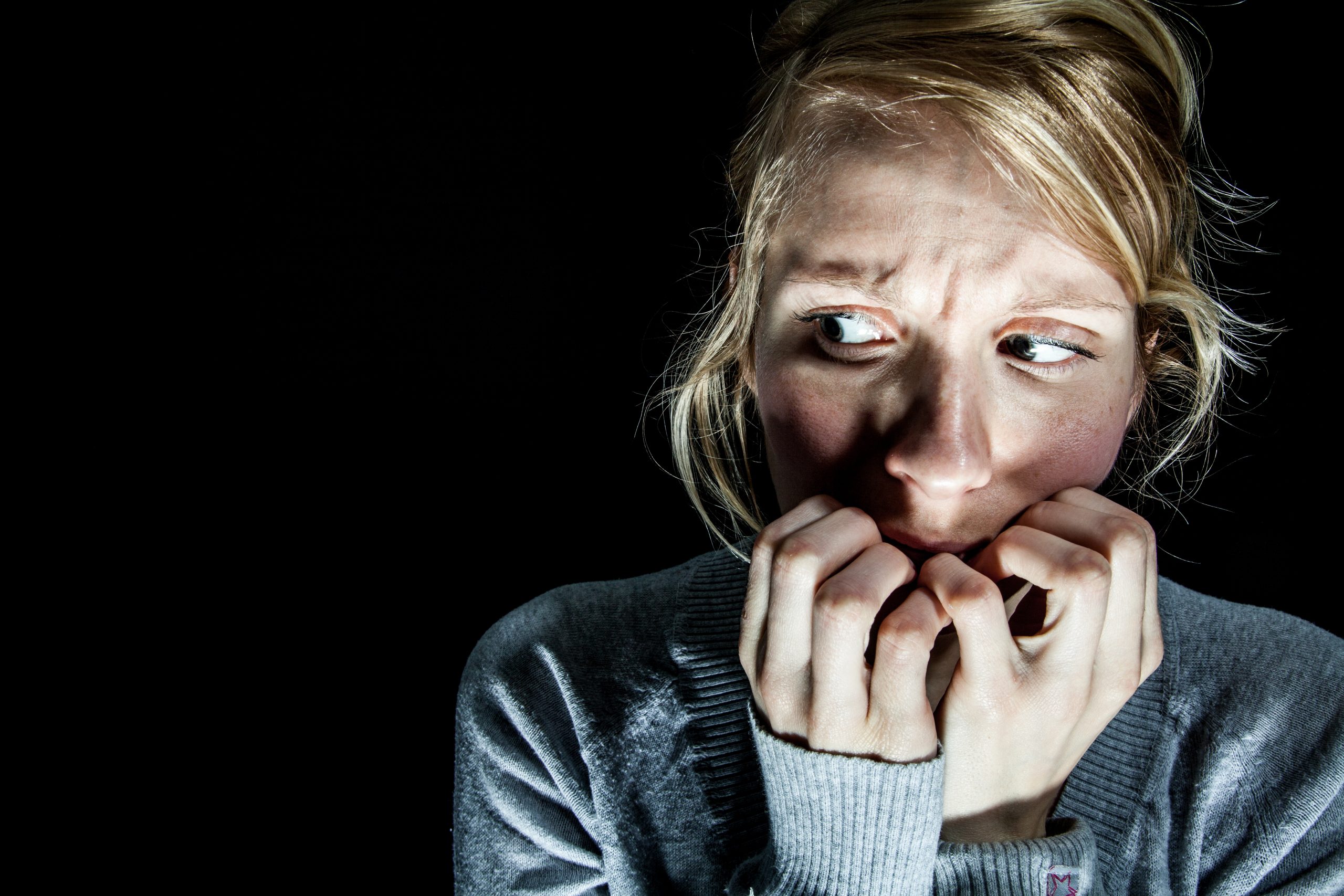 “Courage is the resistance to fear, mastery of fear, not the absence of fear.” – Mark Twain.

We all have fears, and for some people, those fears are debilitating. Some of the many common fears are those of claustrophobia, the dark, heights, isolation, spiders, and many others. When confronted with a dangerous, difficult scenario, especially one dealing with a situation a person has a natural fear of, panic can set in. Panic is that “flight or fight” scenario where the feeling of fear is so strong it causes someone to lose the ability to think clearly and logically. Fear and panic drain energy causing other negative emotions. In a survival situation, a cooler head always makes a better decision. Remember psychological defeat comes long before you physically succumb. Can you cope? You have to. 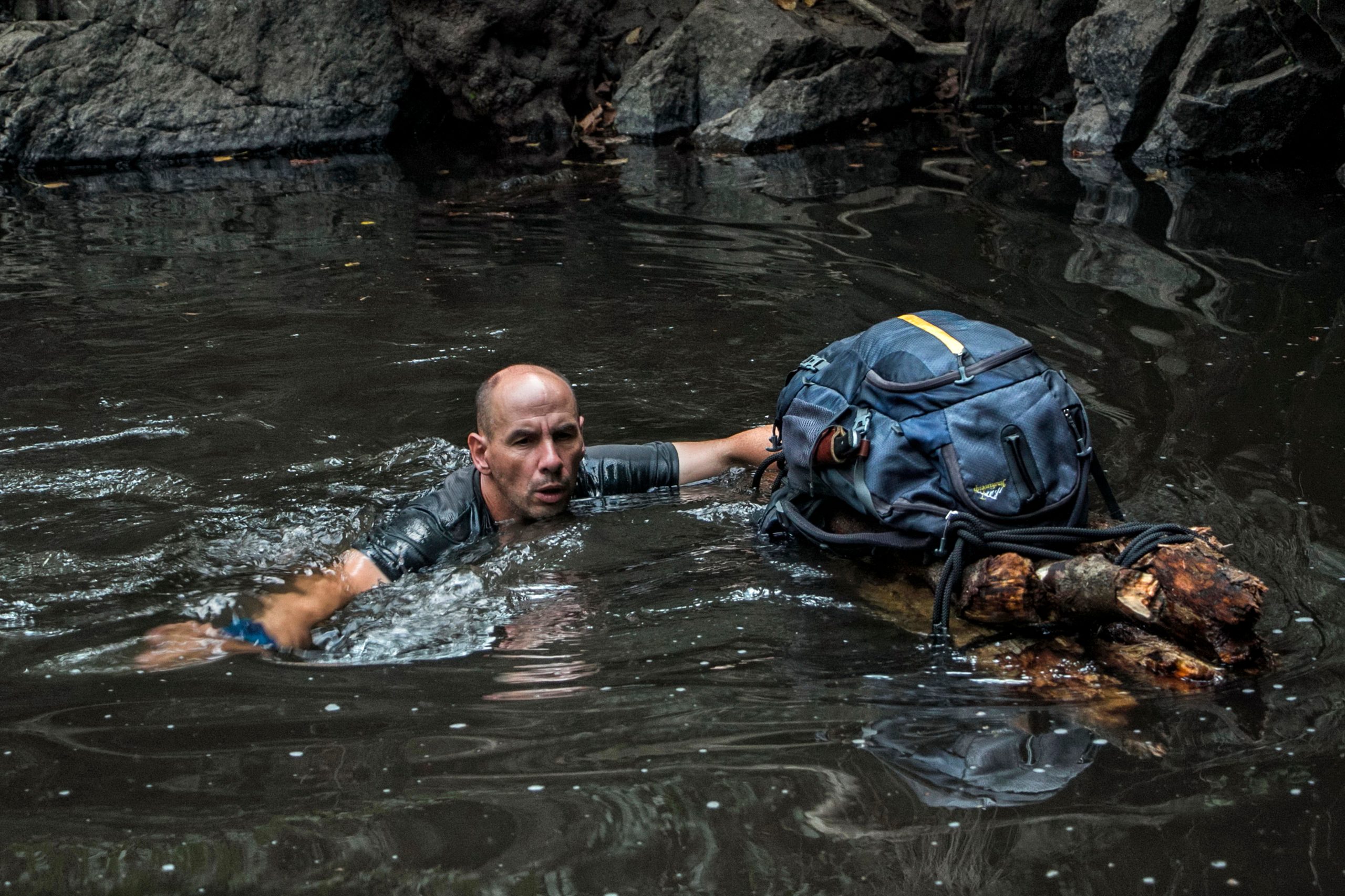 Murphy’s law states anything that can go wrong will go wrong. Be prepared by knowing what other options are available.

Preemptive planning and preparation enables a camper, hiker, hunter or any outdoor enthusiast to confront challenges, difficulties and dangers that pose a threat to survival. Of course not every challenge can be anticipated. Let’s face it, contingencies you planned for can vanish immediately due to weather, pandemics, war and natural disasters. Even bad luck can immediately render a strategy useless.

You have to be able to shift your plans immediately and adapt to situations that suddenly arise. Be creative and think outside the box.

Items can be repurposed or put to dual use. Never be afraid to improvise a weapon or tool. For example, a smartphone can be improvised to function as a signal mirror because most have a large enough flat screen to reflect sunlight. Improvised shelters can be built out of any materials: snow, sticks, sod, pallets or cardboard.

Improvisation is your ability to think outside the box and come with an ingenious solution to a problem. 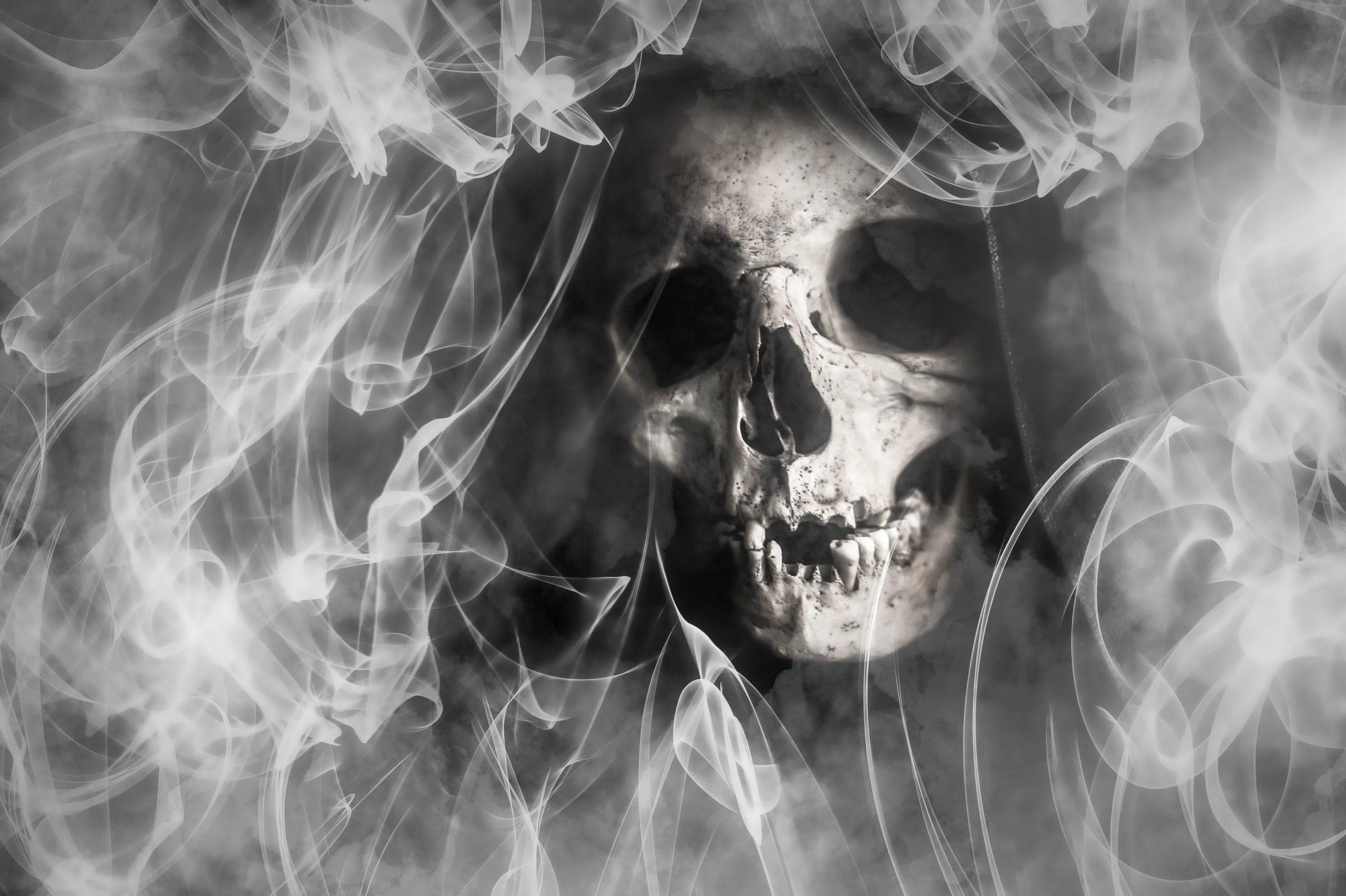 Funny? Absolutely not – you should value life if you don’t want to meet your maker. Do not take this lightly. When facing disaster, it’s simple to let yourself go, collapse and be engulfed in fear.

This type of attitude will rapidly consume you and make the situation worse.

There is psychology to survival. Only positive actions can save you. A determined individual can fight through and recover from seemingly impossible scenarios. The challenge of survival has produced countless examples of heroism, courage and self-sacrifice.

Slawomir Rawicz, a Polish Army Lieutenant imprisoned by the NKVD after the German – Soviet invasion of Poland. In a book called The Long Walk, he claimed that in 1941, he and six others escaped from a Siberian Gulag camp, traveled through the Gobi Desert, Tibet and the Himalayas to finally reach British India in the winter of 1942.

Uruguayan Air Force Flight 571: Alive is focused on the story of a Uruguayan Rugby team and their families who were involved in an airplane crash in the Andes Mountains. Only 16 people survived in sub-zero temperatures. They sustained life with rations found in the wreckage. The rations did not last and ultimately the survivors consumed the bodies of the dead to survive. You have to embrace misery to live another day.

Jan Baalsrud: was a Norwegian commando trained by the British during World War II. In the movie The 12th Man, he was the only soldier of 12 to escape and evade capture. Suffering from gangrene, he was forced to amputate 9 of his toes with a pocketknife. An action that saved his life. This true life story will keep you on the edge of your seat. 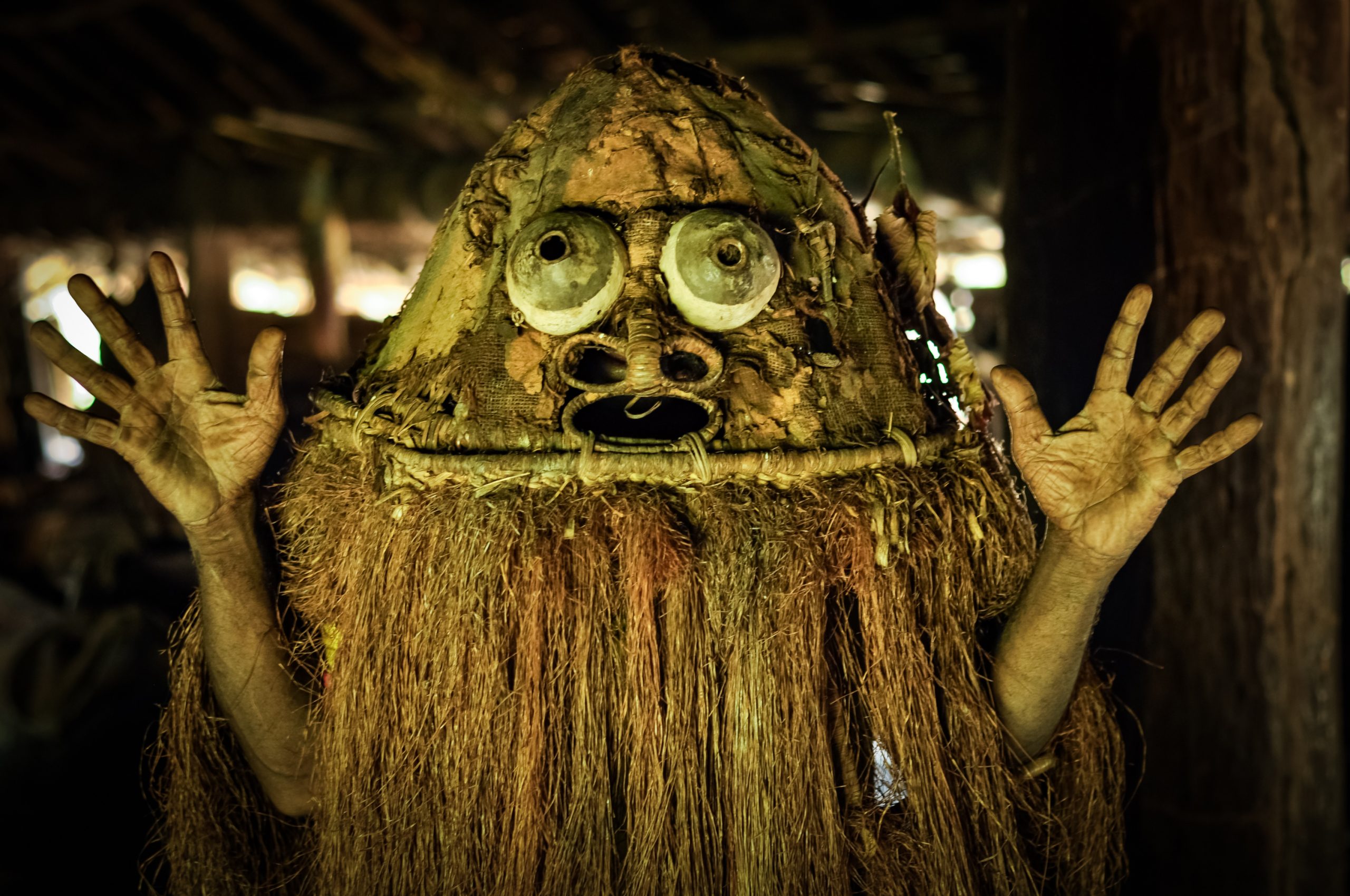 Humans can adapt to many different habitats because of their intelligence, but over time, their bodies evolve to suit the habitat as well.

From the indigenous people of the Amazon to the hunter-gatherers of Africa, tribal people have developed ingenious ways of surviving over thousands of years. A great deal can be learned by observing a region’s native population and studying their history.

For many tribal peoples, continuous immersion in nature over thousands of years has resulted in a profound attunement to the subtle cues of the natural world. These robust people became experts in surviving the most hostile environments.

Acute observations have taught tribes how to hunt wild game, gather roots and berries, how to sense changes in climate, predict movements of ice sheets, the return of migrating ducks and the flowering season of fruit trees. Sophisticated hunting, tracking and navigation techniques have also been the ingenious responses of tribal people overcoming their environment. They did so with no modern equipment or clothing.

The development of such extraordinary observations and skills is testament to the amazing creativity of humans and their extraordinary ability to adapt. It also ensured that when living on their lands, employing techniques honed over generations, you simply can’t ignore what they can teach you.

L - LIVE BY YOUR WITS 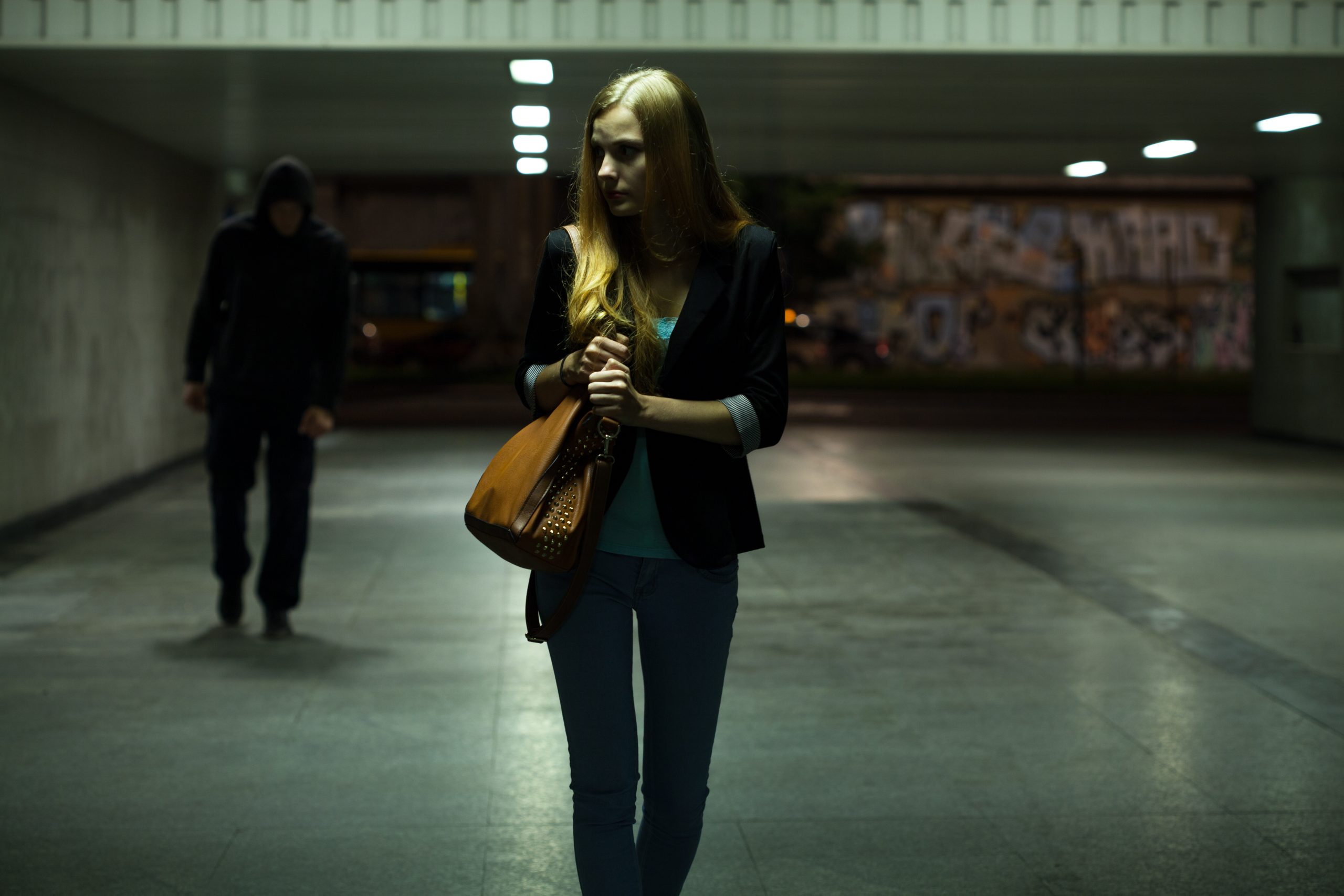 This is our sixth sense to protect us from danger. There are different terms to describe it: intuition, trusting your instincts, gut feeling or inner voice. How you reference it is a matter of choice. I’m going to call it “trust your gut”.

A real gut feeling will manifest itself physically. At one point or another, we have all felt the feeling of a knot in our stomach or the hairs on our back stand firm. What’s amazing is when this occurs when you are in a calm state and there is no fear attached. After you made a decision “trusting your gut”, you feel as if a boulder has been lifted off your shoulders. Trusting your gut may save you.

Trusting your gut is a big part in a survival mindset. Remember, I am not encouraging “rash on the spot decisions”. You have to evaluate all options and develop a well-informed decision under the circumstances.

The United States Army Manual FM3-05.70 is a great learning tool to understand the acronym S.U.R.V.I.V.A.L.  A generalized definition is not enough to embrace a survival mindset. The acronym is an in-depth and thought–provoking analysis of its true definition. Each and every point is important. However, putting them into practice is a significant challenge.

Personally, the most important is “mental toughness” because psychological defeat comes long before you physically succumb. We can all agree that “you just can’t plan for every contingency”. However, to survive, you must be able to adapt as quickly as possible. Of course, easier said than done.

The will to survive toughens the resolve to live. If survival was as easy as learning an acronym, there would be no need for realistic training.

By studying and memorizing the acronym, you will realize it can be applied to any real-life situation.

Learn basic skills as stated in the manual. Develop a survival mindset through education. Read books, watch videos, listen to audiobooks or talk to professionals. Above all, “you have to put in the work and learn by doing”. Undergo instruction and test your skills in realistic conditions. Survival training reduces fear and boosts self-confidence. 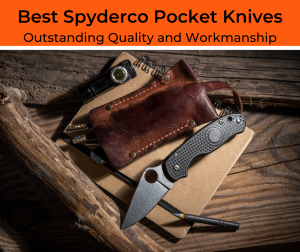 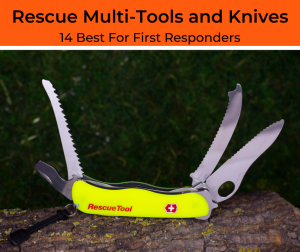 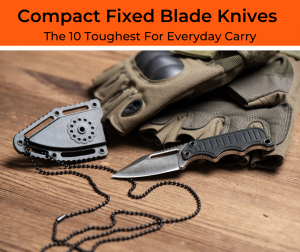